Issues / Returns Gets an Overhaul

After over eleven years of Abraquest, Issues / Returns has received an overhaul. This post explains the changes that have added the ability to record renewals and book losses which will allow Abraquest to report on these events in the future. 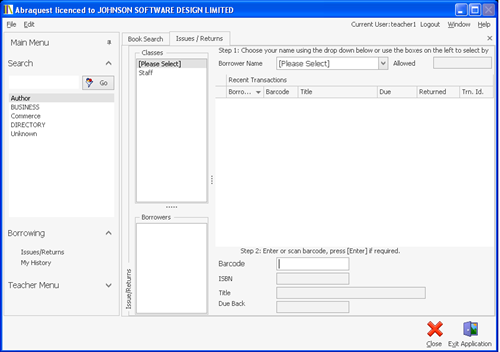 Basically one page did everything - issues, and returns. The system automatically knew if a book was being returned or if it could be issued and it was fairly simple - select the class/person (if issuing) and scan the book. If returning, just scan the book. 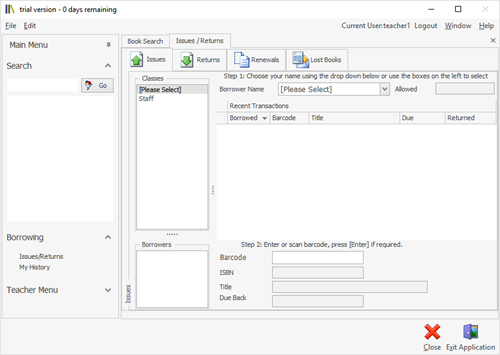 With the new Issues / Returns, there is a tab for each action you can do with it:

This tab allows the user to issue books to a pupil, up to that pupils allowed book limit. It is very similar to the old Issues / Returns apart from if you try to return you will get a message - use the new Returns tab for returns.

This tab allows you to return without selecting the pupil just scan the book. If the book is lost you don't use this option, you use Lost Books.

Optionally, if the book is returned late, notes can be entered as to the reason why. 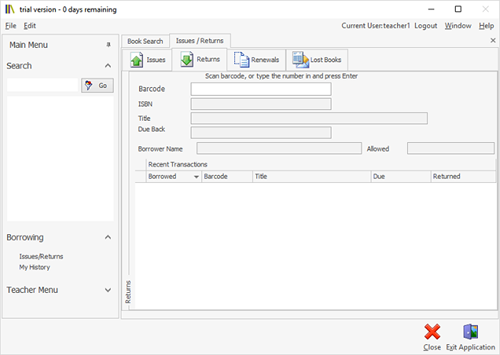 This tab allows an existing borrower to scan the book again to borrow it again, for a number of times up to a limit specified in the system. Previously setting a limit wasn't possible, nor was it possible to know the differences between issues and renewals without looking at the borrower history. In the future, a report will be able to tell you who are the most avid readers and which are the most popular books in terms of renewals. 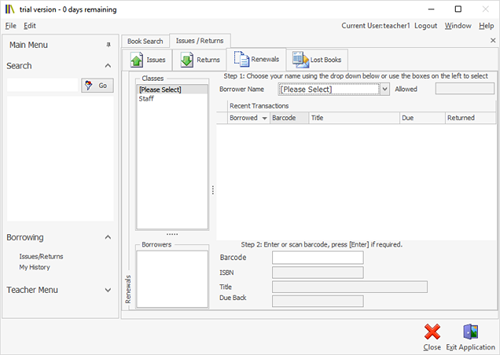 If a book is lost, you are unlikely to know its barcode without searching for it. You should know the borrower if they are telling you, otherwise the lost books report will give you the information on who has a book that is overdue.

This tab is used to record the loss. It also withdraws the book from the library by setting the book status to "LOST", which previously had to be done as an additional action.

The system can be set to optionally record a reason why the book was lost and also only allow a given pupil to lose a number of books before they cannot borrow any more books (you can then decide what action to take, e.g. pupils parents pay for the losses before you remove the restriction). 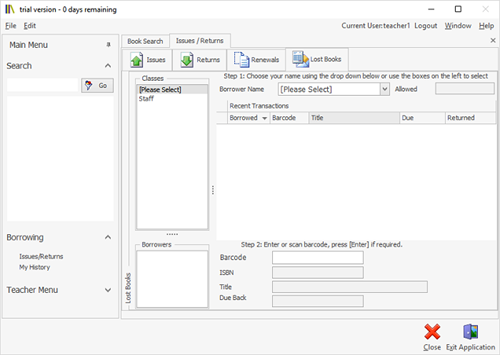 When will it be Available?

This release also contains some invisible technical changes to further improve Abraquest. As there are a number of new installations coming up in the coming two weeks, and also as this part of the system is the most commonly used part, so we are ensuring the new release is tested and solid before releasing. Expect it sometime later in December.